October 18, 2016 / mark sussman / Comments Off on Repetition and Understanding: Rancière’s The Ignorant Schoolmaster

I’m reading Jacques Rancière’s The Ignorant Schoolmaster right now, and it’s a bit of a revelation. One of the things Rancière does that I’ve been trying to do is break down the distinction between concepts of “understanding” and those of “repetition.” In the educational context, we tend to think of “understanding” as the thing that happens when a student comprehends the logic of a given object (say, the German language) and is able to apply it to something else (they can write original, grammatically correct sentences in German). We think of “repetition” as what happens when a student memorizes a set of statements in the correct order and repeats them back, thus fooling us into thinking they have understood, when really they have only memorized and repeated. The student can repeat a grammatically correct German sentence that he has heard, but he can’t come up with his own, because he doesn’t “understand” German grammar. (Join the club, kid.)

You can sort of see this distinction dramatized in this Kids in the Hall sketch. 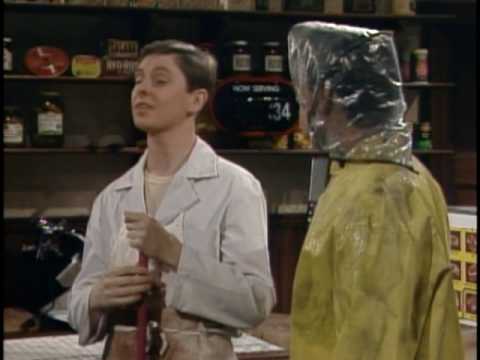 I’ve always thought there was something mysterious or fishy about the proposed distinction between understanding and repetition. When you get down to it, couldn’t you describe “understanding” as an iterable practice of minute, variously conjugated repetitions? Logic is abstract, but it follows rules. Doesn’t the application of rules imply the repetition or possible repetition of those rules? I’m getting into either John Searle territory or Jacques Derrida territory. But in the project I’m working on, I’ve found neither Searle’s “Chinese Room” nor Derrida’s “iterability” very convincing as ways of addressing a fundamental epistemological ambiguity between repetition and understanding. I’d be interested to know if there is any work in neuroscience that addresses this, though I could imagine a neuroscientist saying something like, “Well, everything in the brain is a pattern of more or less successful recall, so yeah, ‘understanding’ is just a complicated form of repetition.” That’s probably an offensive oversimplification, but you get what I’m saying.

Rancière has a different way of approaching things. He’s writing about Joseph Jacotot, a late-18th-early-19th-Century French educator, a guy who taught Flemish speaking students to read and speak French, though he knew no Flemish at all and the students knew no French at all. He “taught” them by simply giving them each a bilingual edition of Télémaque and having them find the Flemish equivalent for each French word until they could translate it themselves. Did they “understand” French or were they simply learning to locate French words? Jacotot did no explication, no explaining, and yet the students learned French. Here’s one thing Rancière says about Jacotot and his students:

Without thinking about it, [Jacotot] had made [the students] discover this thing that he discovered with them: that all sentences, and consequently all the intelligences that produce them, are of the same nature. Understanding is never more than translating, that is, giving the equivalent of a text, but in no way its reason. There is nothing behind the written page, no false bottom that requires the work of an other intelligence, that of the explicator; no language of the master, no language of the language whose words and sentences are able to speak the reason of the words and sentences of a text. The Flemish students had furnished the proof: to speak about Télémaque they had at their disposition only the words of Télémaque (9-10).

Rancière’s reading of Jacotot suggests that “reason” and “understanding” are just the names we give to forms of repetition, of translating, of providing equivalences. There is nothing more to understanding “language” than understanding “words,” in other words. And once you learn what enough words mean, you can know a language. You might object and say, okay, but then whoever learns the language will merely be translating in their head. There will always be a two-step process, from French to Flemish. But for Rancière, there is already a process of translation going on, that of “the will to express,” which he equates with “[the will to] translate” (10). Once you think of language as something that has already been “translated” from thought, spurred on by the “will to express,” then the translation between one language and another in the mind becomes a matter of little epistemological import. It would be a matter of huge import if you wanted to, say, carry on a fluent conversation in another language, but not if you are asking “Is there a qualitative difference between translating by slowly looking up a word in a bilingual dictionary and translating in your head?” In Rancière’s way of thinking about things, the answer would be a firm “No.”

But clearly some people speak new languages better than others, acquire them faster than others, and so on. In Rancière’s thinking, this would seem to be only a matter of speed, not a matter of qualitative difference. When we use the unkind euphemism “slow” to describe someone who is “unintelligent,” Rancière might say, “Yes, precisely. He’s slow. And speed is the only thing that separates him from you and me. Not some qualitative mental difference.” He’s quite clear on this matter: “[the word understanding] alone throws a veil over everything: understanding is what the child cannot do without the explanations of a master — later, of as many masters as there are materials to understand” (6). Rancière sees the notion of “understanding” as a term conferred by power. Once we have a master’s blessing, we can say we “understand” a subject rather than just remember its salient elements. The further we penetrate down in the concept, the more we find that understanding merely comprises finer and finer points of memorization, recall, and coordination. There is a difference of degree and not of kind. Yet the difference between one who understands and one who simply recalls is one of the most widespread ways that that cultures have made the distinction between the educated mind and the ignorant mind, the scholar and the idiot, the civilized and the savage.  “Understanding,” in this sense, is just a term that signifies and justifies the dominance of one over another.

The simplicity of Rancière’s analysis of understanding is seductive. In the work I’ve been doing on conceptions of African American epistemology in the nineteenth century, Rancière’s analysis is utterly in harmony with what I’ve read. White supremacists, including those that thought of themselves as liberals, argued while people of African descent were “apprehensive,” they lacked “understanding.” In other words, they could learn rote skills quickly but could not engage in original thinking. What such an argument had going for it was unfalsifiability. If an African American seemed to understand something, it could be argued by anyone that she had simply memorized a set of facts or principles and mistook it for (or knowingly passed it off as) “understanding.” But in fact, it was not understanding, it was just recall, and so we needn’t be fooled into the idea that African Americans are the intellectual equals of whites. In fact, it’s quite an elegant way to deny that any person “understands” anything at all!

That’s material for a future post (and book). In the case of racialist discourses of black epistemology, it’s clear that all of these seemingly fine distinctions between “understanding” and “recall” are a bunch of racist hooey. But I wonder how far I’m willing to follow Rancière’s analysis. While its simplicity is appealing, and I felt a bit of an epiphanic shiver while reading it, something about it seems too neat. Would I be willing to follow through on the implications of this idea in my own teaching, take up a position of ignorance, and forego the practice of explication I frequently engage in with my class? I do not think I would. Partially, that’s for institutional reasons: I don’t think my department chair would be too thrilled by it. Partially, it’s for chickenshit reasons: it would be so different from how I was taught and what I was taught teaching is, I would be afraid to do it. And partially, of course, it’s for reasons of pleasure and ego: who doesn’t love standing up there and showing that they can take apart and reassemble a complex theoretical text, turn it one way or the other, and so on?

But of course, just because you wouldn’t adopt a theory as a lived principle doesn’t mean it isn’t pragmatically useful. Even distinctions whose logic has been dissolved by critique have a way of reconstituting themselves in lived experience. It doesn’t necessarily make us hypocrites if we theorize one way and act another, though it may sometimes. I suppose I’m trying to figure out how to acquire, or understand, or at least imitate, whatever act of judgment would allow me to make the right call.

Perhaps Overly Detailed Statement Regarding the Definitions, Effects, and Institutional Mores of Plagiarism

Theme by Anders Noren — Up ↑